Honestly. I can remember this time in my life like it was yesterday. It wasn’t yesterday… it was almost a year ago now, but I do recall the sheer sleep deprivation that is having a toddler and a newborn baby.

The birth of a sibling really shakes things up! This is a huge transformative time in a family. Everything you once thought you knew is no more. Everyone is just adjusting to their new roles. And since we know sleep does not exist in and of itself, there are going to be some repercussions to welcoming this beautiful little creature earth side. Your toddler has been sleeping through the night for weeks, months, years, maybe even… and now you are suddenly engaged in a game of “whack a mole” every night bringing them back to their bed.

Just going to take this opportunity to tell you all that after I had Theo I did not sleep for 36 hours. This is the longest I have ever not slept in my life. And I am alive to tell the tale. Haha! But, I will save that for another blog post at another time and stick to the task at hand which is, explaining what is happening when your toddler is sleeping worse than your newborn.

If your toddler was sleeping well before baby was born, I know this is a difficult transition to make. Your go-to strategy may be to draw a hard line in the sand, fire all systems up, and nip this in the bud before it becomes anything worse.

But, you have been following me a while so you probably know this won’t be my recommendation! Hehe.

Our children wake in the night for a number of different reasons.

First of all, they don’t sleep like adults. Their sleep cycles are not comparable to adult sleep cycles, and they spend more of their time in lighter sleep than we do, even at 3 and 4 years old.

Toddlers are also beginning to decipher the difference between real and make believe, which makes some of their nightmare experiences downright terrifying.

And another reason that our toddlers wake is for attention. They used to be the baby. They were the ONLY apple of your eye, and now they have to share you. Wah wah wahhhhhhh… not exactly what they signed up for. The amount of attention they previously received has likely been cut by more than half and so they begin to seek this attention wherever they can get it. Often this means more prolonged requests at bedtime, and various visits in the middle of the night. When you are their captive audience, they absolutely will seek you out. The baby is sleeping mom…. I can have you ALL to myself – and I will!

Now the other struggle you may find yourself in come middle of the night is the “power struggle”. Your toddler has essentially just lost a lot of power with the introduction of the new baby. He used to get what he wanted when he asked. Now he is being told to, “wait until the baby is done nursing,” or, “share your toys with your sister,” or, “don’t hit the baby!”. He used to rule the roost! Wait for a snack he did not. Share his toys he did not. He could play with what he wanted, when he wanted, and all the time he had a captive audience. Now suddenly you may see some powerful requests come middle of the night. “I NEED my Star Wars pajamas!!!” “I NEED my RED water bottle not the BLUE water bottle, and I don’t care if it is 2am! Find the bottle MOM!”.

Yeah.. you get the idea. Have kids they said. It will be fun they said.

And while you’re trying your best to be empathetic, I also know you just can’t deal with the fact that you are up more at night with your toddler than you are with your newborn. The new baby just wants to feed. She’s not making demands about pajamas, night-lights, or the like! 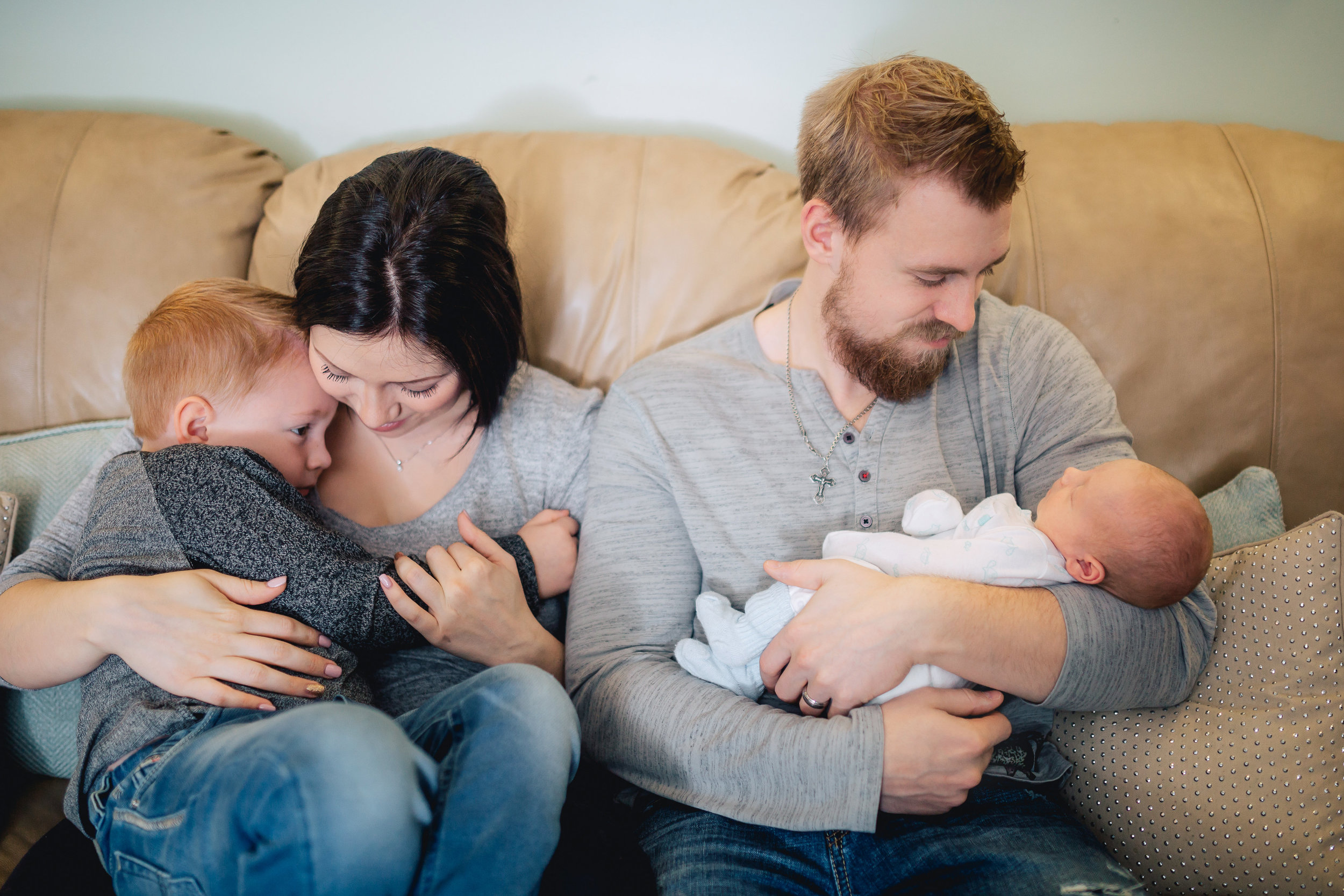 So what can we do to help our toddlers in this transition?

1. Don’t expect them to make big changes before baby arrives.